The Harvard Club of Central Florida

THIS EVENT IS POSTPONED
Stay tuned for the updated date.

Don’t miss this opportunity to join the Harvard Club of Central Florida for a live broadcast webinar with Former US Ambassador to Ukraine, William Taylor.

Ambassador Taylor will provide his authoritative and informative take on "Russia's War on Ukraine" and "The Rise of Authoritarianism Around the World". 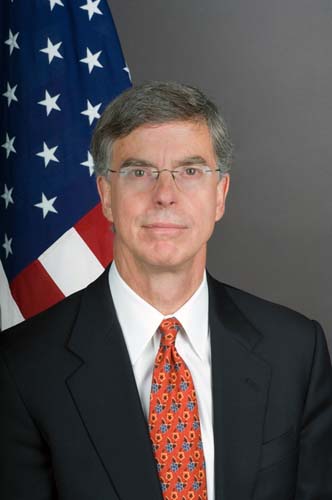 William Brockenbrough Taylor Jr. is an American diplomat, government official, and former military officer. He served as the 6th United States ambassador to Ukraine from 2006 to 2009 under President Bush and Obama, and as acting ambassador to Ukraine from June 2019 to January 2020 under President Trump.
Taylor is a former captain and company commander in the United States Army; he served in the Vietnam War and earned a Bronze Star and an Air Medal with a V device for valor. He has worked in the United States Department of Energy and Department of Defense. Taylor served as a U.S. diplomat in Eastern Europe and the former Soviet Union, Afghanistan, Iraq, and at the Quartet on the Middle East. From 2006 to 2009, Taylor served as the United States ambassador to Ukraine under the Bush and Obama administrations. Following the recall of U.S. Ambassador to Ukraine Marie Yovanovitch in mid-2019, Taylor was appointed chargé d'affaires for Ukraine under the Trump administration.
Taylor attended the United States Military Academy at West Point, New York, attaining the rank of cadet battalion commander and graduating in the top 1% of his class. In 1977, he completed graduate studies at Harvard University's John F. Kennedy School of Government, receiving a Master of Public Policy (MPP) degree.